Statement referring to the postcard „Not Voting“

The Student Government is taking note that postcards with the slogan „Not Voting (*made in China)“, which were distributed during a campaign aimed at increasing the electoral participation at the university elections 2017, caused irritation and incomprehension for some students.

The purpose behind this postcard was not to personally offend or discredit international students at the University of Mannheim, but merely to increase overall willingness to vote at the university in a seemingly humorous way. Quoting the well-known phrase „made in China“ was not meant to be a generalization of the attitude of Chinese citizens toward elections and democracy, but rather a joking reference to the state of political participation in the people’s republic of China – which has in the past been criticized by public organizations and political scientists in many cases. The AStA clearly positions itself against every form of trivialization of dictatorships and authoritarian systems. Still we regret that the phrase obviously offended some fellow students. The postcard was already used in the elections in 2016 – since no negative reactions occurred at this time, it was redistributed this year because the persons in charge were not aware of the possible cultural insensitivity. We apologize again for the offense that we may have caused, and we hope to have solved this matter satisfactorily. 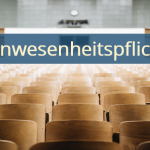